Over One Year : Enforcement Under The Cruelty Prevention and Animal Welfare Act

The Thai Society for the Prevention of Cruelty to Animals (TSPCA) organizes the seminar about the correct  understandings on Cruelty Prevention and Welfare of Animal Act, B.E. 2557(2014) for animal lover networks.

On July 23, 2016 at 10.00 am. at Cape Racha Hotel A.Sriracha, Chonburi, Mr. Tirapongse Pangsrivongse, President of TSPCA with the committee, officer and networks in the country jointly participate this seminar in the agenda of the correct  understandings on Cruelty Prevention and Welfare of Animal Act, B.E. 2557(2014)  for animal lover networks.

Mr.Pangsrivongse,  said from its inception 22 years ago, the TSPCA, in partnership with the Department of Livestock Development and the Lawyers Council of Thailand, has worked on creating legislation to prevent cruelty to animals.   With the help of over 90 dedicated animal

rights activists and organizations, a campaign began to craft a draft bill and propose it to parliament on behalf of the People’s draft bill during the tenure of former Prime Minister Yingluck Shinawatra,  The draft bill was then received with a unanimous vote in favour at the Representatives’ General Meeting and then was further favourably reviewed  by the subcommittee.  The draft bill was set to be approved  but  the dissolution of the Parliament halted the process. However, the National Council for Peace and Order (NCPO) later agreed  to pass the case to the National Legislative Assembly (NLA) for further consideration.  A subcommittee, which included representatives from the TSPCA, was assigned to the matter, and a comprehensive Cruelty Prevention and Animal Welfare Act was composed and ratified by the NCPO on 27 December, 2014.  Immediately, the mechanisms necessary for the enforcement of the law were implemented and the most vulnerable inhabitants of Thailand finally achieved legal consideration under law.

During the drafting process numerous obstacles arose and impeded the progress of the bill. Several individuals and organizations questioned the efficacy and breadth of the draft Cruelty Prevention and Animal Welfare Act.  Some Animal Lovers Groups stated that the definition of cruelty did not  define specifically the various acts of cruelty.  They also commented that penalties recommended in the Act were not severe enough.  While some groups stated that the penalties recommended in the Act were far too severe and gave too much right and protection to the animals, these objections jeopardized the continuity of the drafting process and increased the possibility that  enactment  would be deferred  by the NLA.  Even though the Cruelty Prevention and Animal Welfare Act has been passed, several groups and individuals continue to criticize the law, stating that it is incomplete and ineffective.  This disinformation campaign has the potential to confuse and mislead the public and authorities regarding the importance of this law.

The TSPCA  is of the opinion that the Cruelty Prevention and Animal Welfare Act has many good points: 1. This is a specific law, while in the past we needed to refer to some other law.; 2. It covers all kinds of animals;  3. The penalties recommended in the Act are more severe:  not exceeding a 40,000 Baht fine and not exceeding a 2-year jail sentence.  4 It also covers animal welfare: leaving a pet without reasonable cause is also an offence  in the scope of  this Act.

The Cruelty Prevention and Animal Welfare Act has been in effect for one year.  During this period, an increasing number of concerned citizens have come forward and reported incidents of animal cruelty to the authorities; out of over 70 incidents reported to authorities, thirteen cases have gone to trial and two defendants have been jailed without parole for animal cruelty. This is a testament to the efficacy and necessity of the Cruelty Prevention and Animal Welfare Act.  There are still detractors  who state that the law is not effective because of an increase in reports of animal cruelty to the authorities.  However, we have laws against robbing banks, and people continue to commit bank robberies.  Laws are tools used to facilitate justice, and individual choice is the prime factor in criminal cases.

Therefore, we all still need to help educate the public to create the awareness of mercy toward  animals and a change in values where cruelty to animals is concerned, and work together to ensure that the law is being effectively upheld and that the animal inhabitants of Thailand receive the real protection and animal welfare that they deserve  from a considerate humanity. 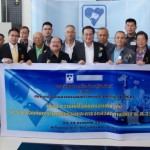 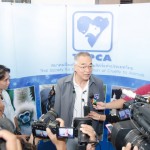 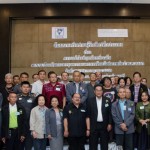 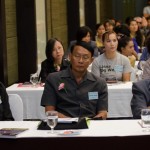 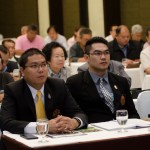 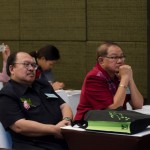 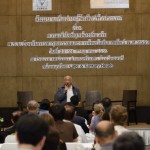 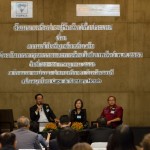 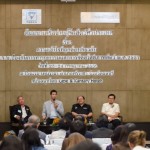 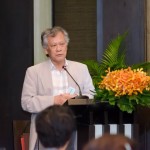 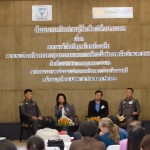 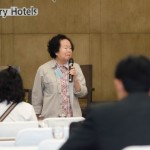 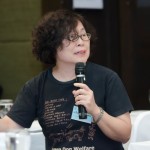 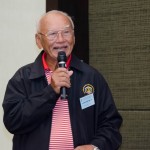