On 6th March 2017, Mr.Sathit Phadyaariyakul, the lawyer of the Thai Society for the Prevention of Cruelty to Animals (TSPCA), went to Tanode Temple situated in village no.5, Bangnangra sub-district, Bangpahan district, Ayutthaya province in order to meet the abbot named Uppajit Bunyawat. His aim was to inspect the area around the temple because of the complaints that temple has recently taken care of more than 400 dogs abandoned around the temple. To this aim, the TSPCA attentively surveyed the situation, following up the care offered to the dogs and cooperated with the related organization responsible for managing the treatment of the dogs following the animal welfare law. In addition, the organization also donated dog food and the anti-animal abandonment campaign signboards to the temple. According to the animal welfare law in 2014, violators will be penalized following Section 23, appurtenant to Section 32 and subjected to a fine not exceeding 40,000 Baht. In this way, the TSPCA is a core leader in campaigning for this law. 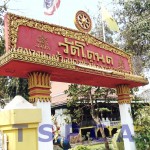 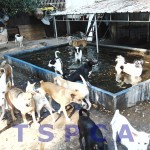 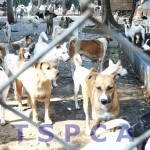 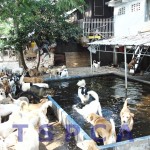 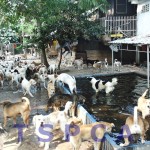 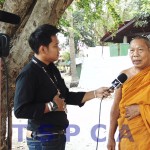