On the occasion of its 20th anniversary, the Thai Society for the Prevention of Cruelty to Animals (TSPCA) held a “Together Fight to Stop Animal Cruelty TSPCA 20th Anniversary” celebration at the

Nine Square, The Nine Centre, Rama 9 Road on March 9, 2014 . Along with the Nine Centre Co., Ltd and RS Public Co., Ltd, the celebration was held to honour those who dedicated their time and money for the betterment of animal welfare throughout the Kingdom.

Throughout its morethan 20 years of operation, TSPCA has dedicated its operations to create social awareness for the proper treatment of animals, equivalent to countries with high animal protection standards around the world. The organization’s success is a result of the combined efforts of all its supporters; both private and government, domestic and international animal organizations, media and the many animal lover volunteers.

As a part of the celebration, the TSPCA invited the public to vote for their favorite animal lover on the TSPCA facebook page for TSPCA’s Compassion Award to acknowledge the efforts of celebrities and other volunteers in the past twenty years. More than 30,000 people participated in the activity, and in the end Thai celebrity Faye Fang Kaew received the Compassion Award in the artist and celebrity category, whilst Aunt Tuangrat Banplangreceived the award in the the non-celebrity animal lover category.

Besides the award ceremony, the TSPACA celebration included cultural dance performances from schools, dog shows and booths from several private and government sectors. In particular, Chulalongkorn University’s Veterinarians’ Small Animal Hospital also had a booth recruiting for animal blood donation; whereas the Department of Livestock Development offered free rabies vaccine to dogs and cats at their booth. 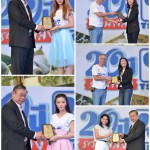 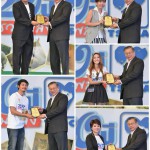 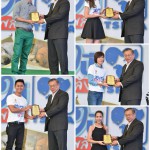 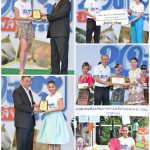 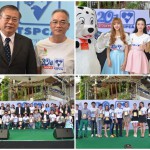 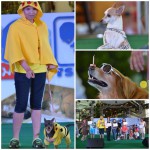